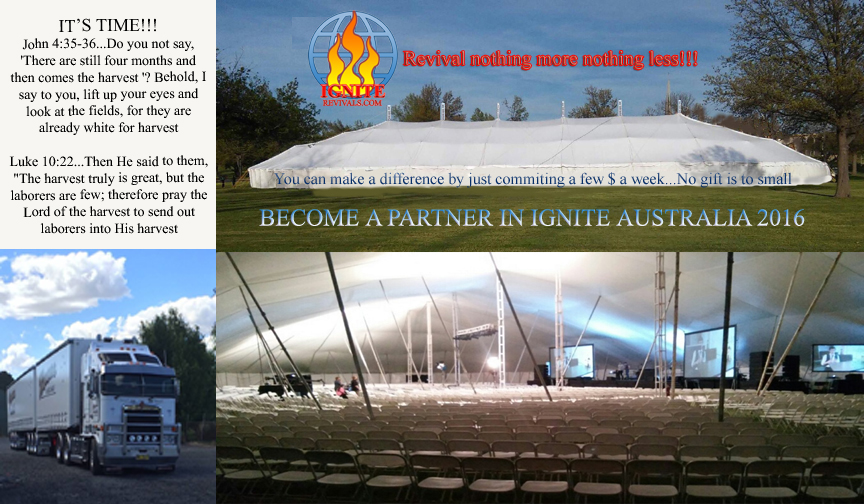 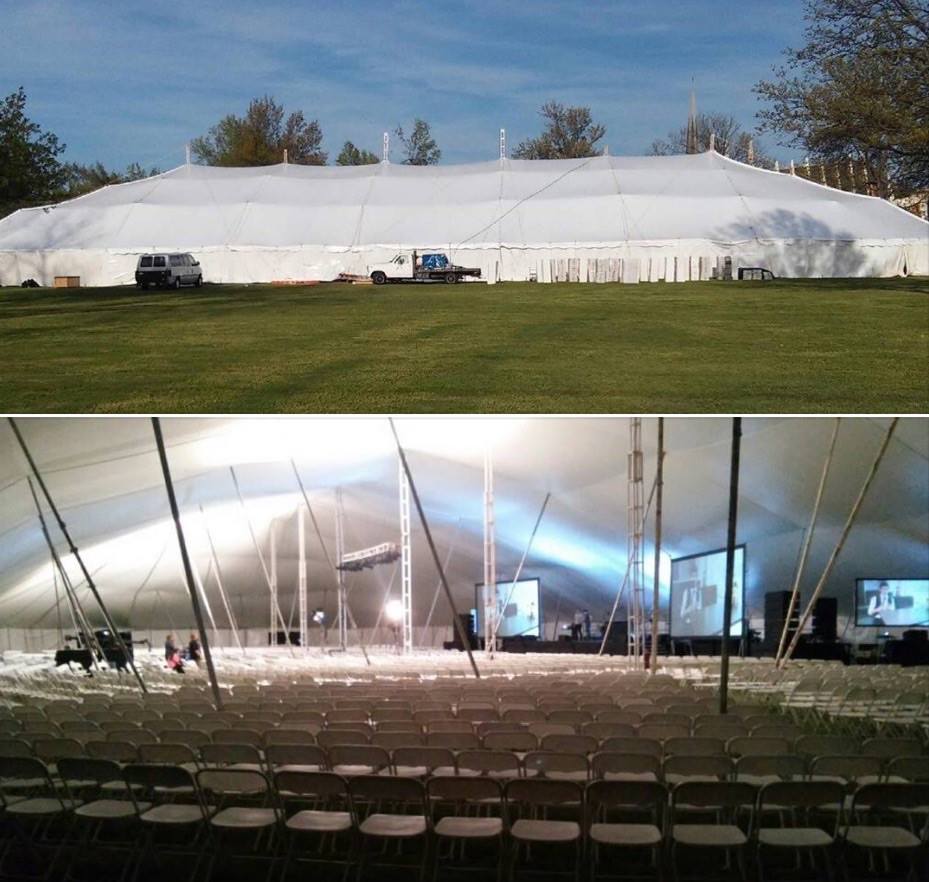 The “Ignite Australia” tent was purchased as a tool of evangelism throughout Australia, as we continue our pursuit for Revival. It was purchased through the generous donations from our brothers and sisters in Christ. The majority of offerings came out of Australia, and the rest from the USA. We are pleased to say it is totally paid for

The history of this tent is that it was made for the memorial of Oral Roberts. As you can see in one of the photos, it was erected in front of the great hand at the entrance of the property of Oral Roberts University. I believe it is prophetic that the last tent representing his great evangelistic ministry, is the tent that is coming to Australia to conduct revival meetings. For those that don’t know, Oral Roberts and his ministry was met with great opposition by some in 1956. Some tried to burn his tent down, and this caused him to leave Australia wounded in spirit.

This is an extract from a book on his life…..The Decision to strike the big tent in Melbourne three days before the scheduled end to the healing campaign was the “greatest crisis” encountered in the first decade of Oral Robert’s ministry. It was made after an anxious evening of meetings of Orals team and local sponsors, and was based on a genuine threat…that lives were in danger. The crusade had degenerated into a sorry, dangerous confrontation. The Australian debacle triggered in Oral a period of personal examination and soul searching.

I personally believe that using his memorial tent  will cause a healing to take place within the spiritual DNA of Australia. The harsh rejection of the Evangelist has scarred our spiritual history. Having the last tent that represented his life, now back on Australian soil and finishing what he started in 1956, will bring a spiritual healing.

Below are some photos of the vision coming together! 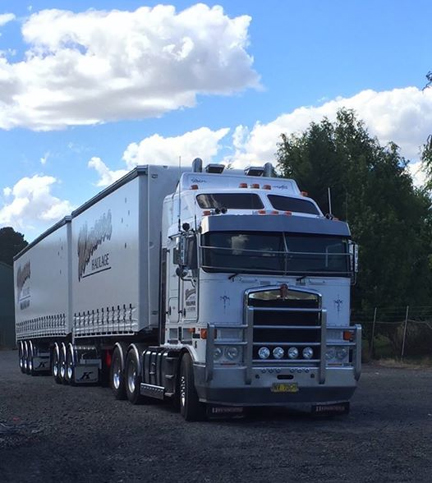 The Kenworth seen here is the one that Maranoa Haulage one of thepartners in The Ignite Australia vision is making available to pull our trailers. 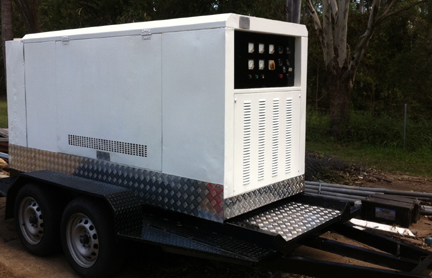 The big 110KW Generator on a trailer, was purchased and restored 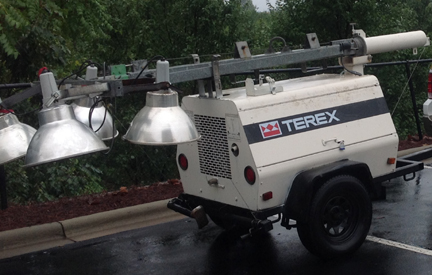 This is one of the mobile lighting systems purchased for lightingup the public areas around the tent. 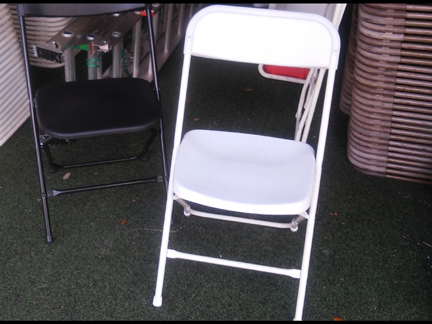 We have purchased 1000 of the white chairs seen here that willreplace the old chairs, due to age of the old chairs… We still have 5,000 to go. 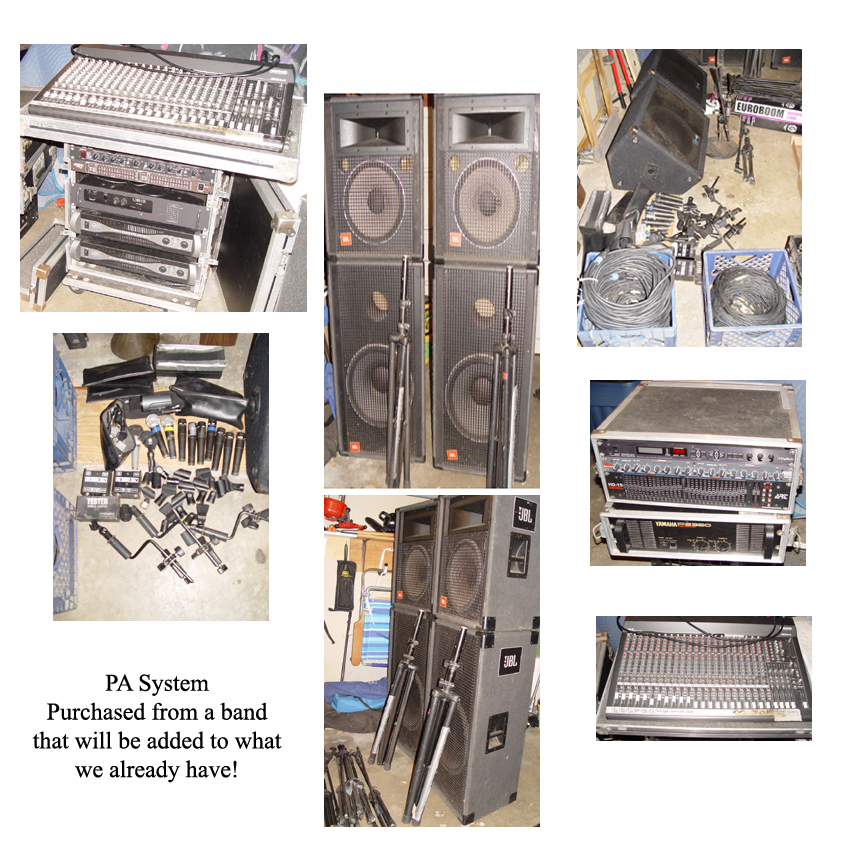 PA system has been up upgraded and will function off 115volts rather than 240volts… This will cut the power draw down to at least half. 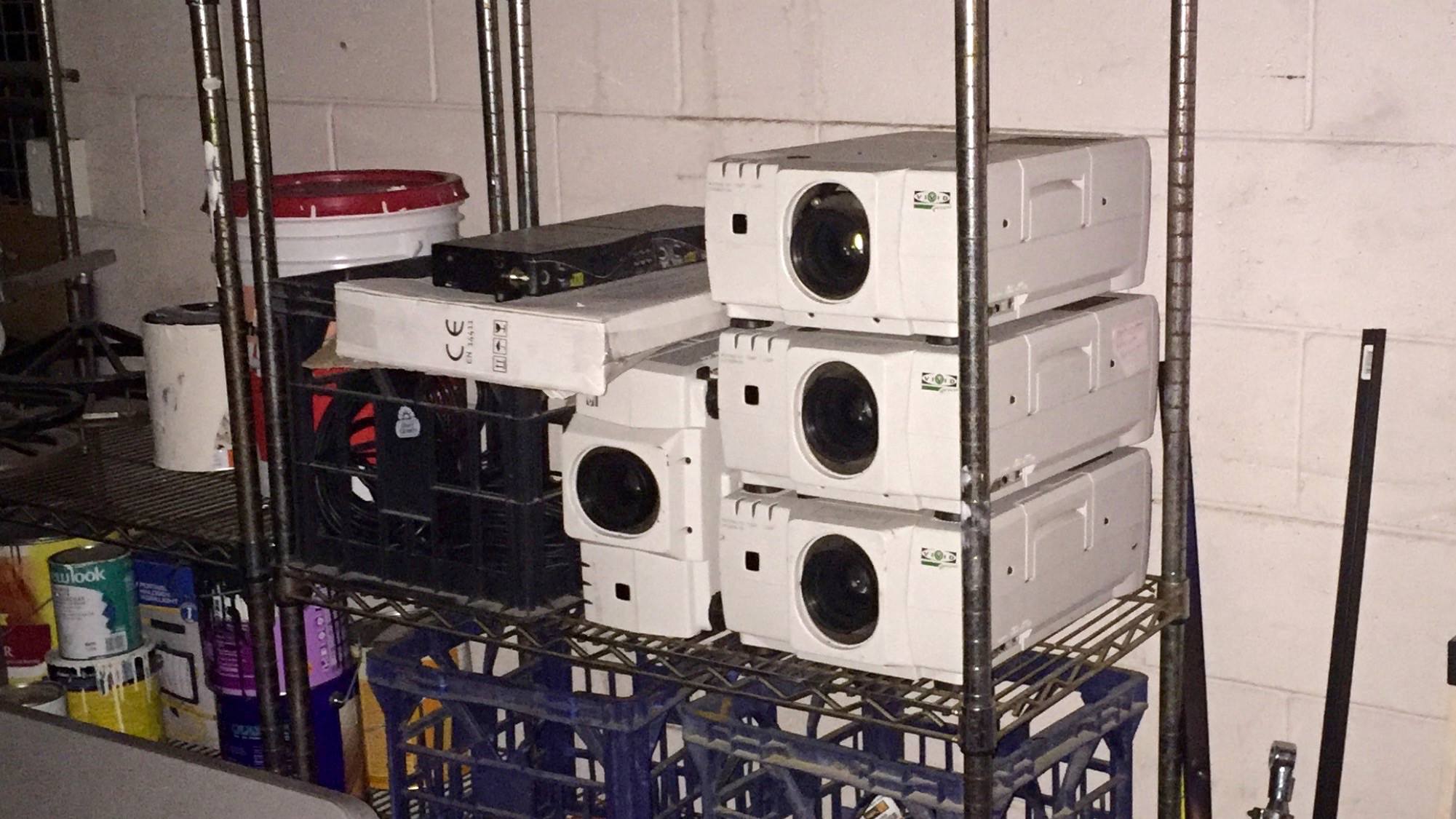 The projectors for the 4 giant screens

One of the jackhammers purchased to put in the tent pegs 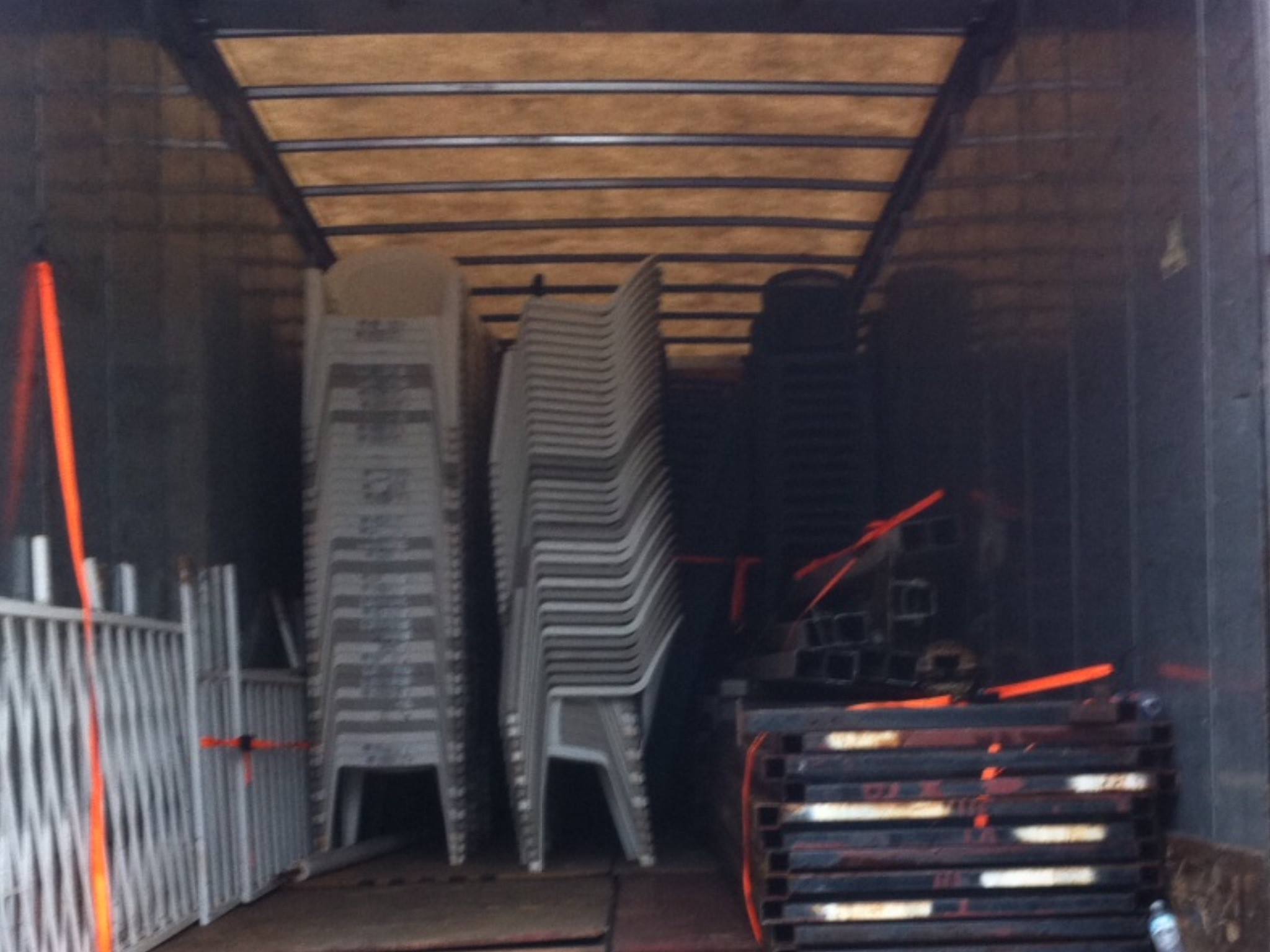 Our old stage and chairs from our 3,000 seat tent that came down in Elmira NY, the stage will be redesigned, once it reaches Australia.

We have replaced all the ropes with new ratchet straps 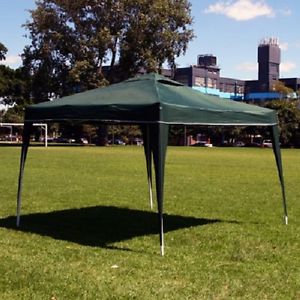 we have purchased 5 pop gazebos for information booths for other ministries within the Ignite tent. 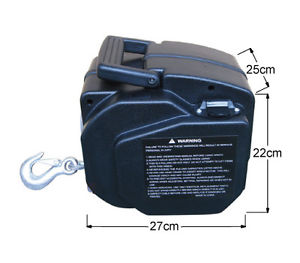 The new 3,500lb Winches for each tower 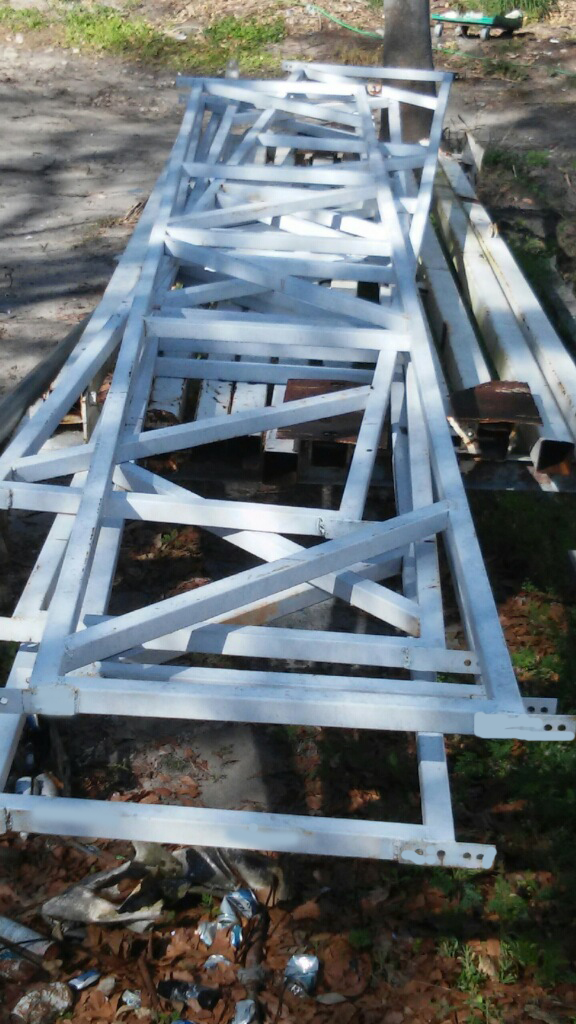 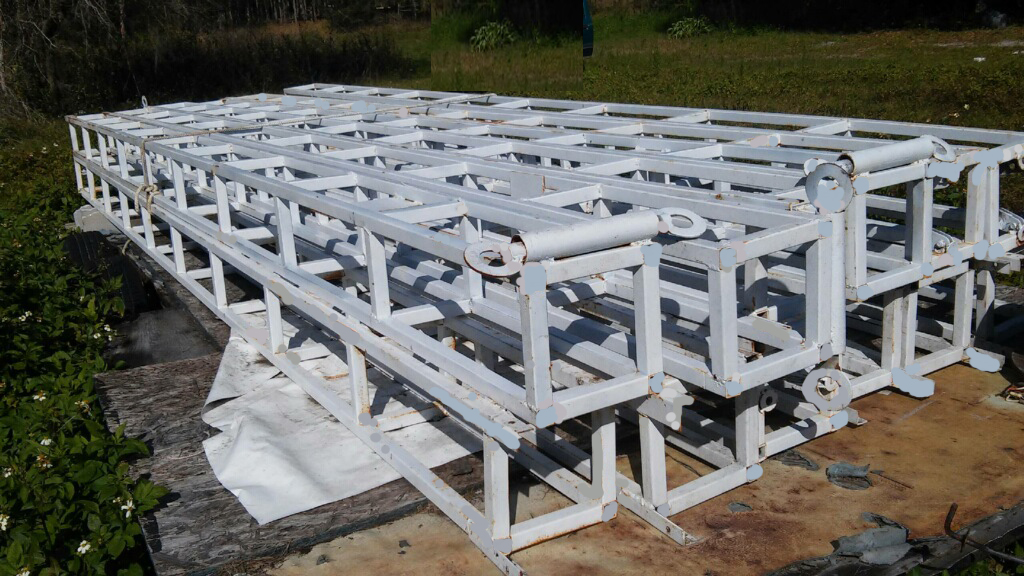 The 36′ towers that are the main poles for the tent.

Sample of the 40′ high cube containers we purchased for the Ignite Tent and other equipment to travel to Australia in. they will then become our store houses once emptied. 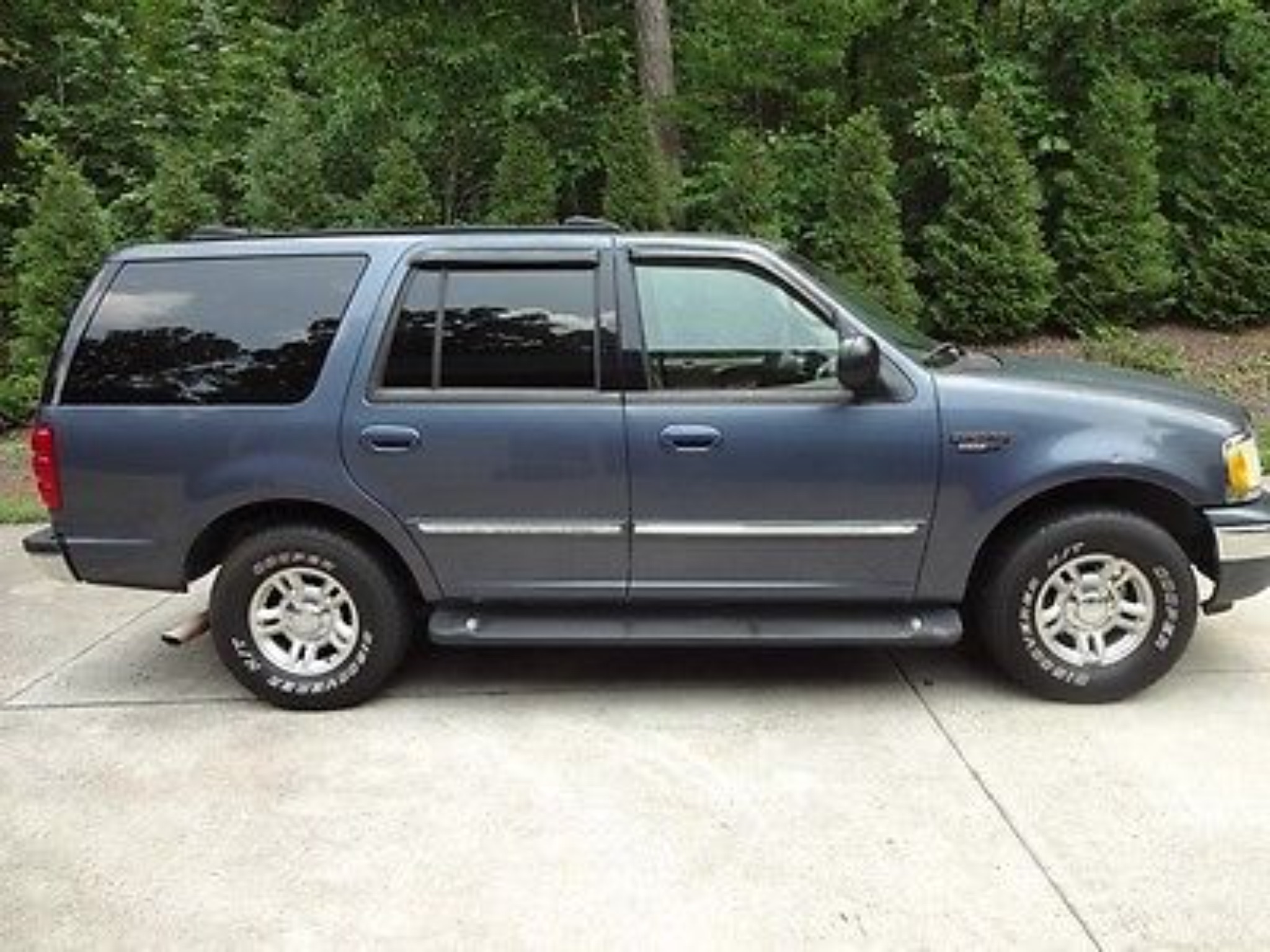 The ford expedition for the road crew coming in from the states.